"Radiocarbon dating shows kūmara were being stored in pits on the Otago coast in the 15th century, seemingly overturning assumptions the area was too cold to store live Polynesian crops. ....

" ....The revamp of the library has made it more accessible, speedy, modern, and user-friendly. Perhaps the biggest change is that users can now download the reports themselves instead of emailing to request the reports they wanted. ..."

" ... The online library will be accessible to anybody who has access to the internet around New Zealand and the world, and the information will be available 24/7 – potentially a valuable tool in protecting archaeological sites.

Users of the digital library can search reports by keyword – including geographical location – as well as other filters like report date, author, iwi, year published and territorial local authority. ..."

END_OF_DOCUMENT_TOKEN_TO_BE_REPLACED 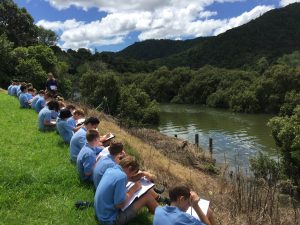 New Zealand Archaeology Week is from 1 to 7 April 2017:
"New Zealand Archaeology Week 2017 will comprise of a variety of events around New Zealand. These events are being hosted by consultant archaeologists, museums, heritage organisations and iwi and will include public talks, historic walks, and displays in regions from the Far North to the Deep South."
Details can gained from the following link:
https://nzarchaeology.org/news-events/national-archaeology-week 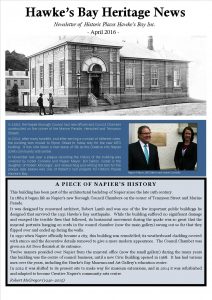 Read the newsletter via the following link.           March-April Email