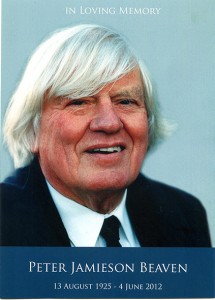 "Peter was a remarkable architect, one who lived and breathed architecture all his life and was still designing with undiminished creativity until the very end.  I can’t think of another New Zealand architect with a greater ability to think three dimensionally (not such a universal skill among architects as might be imagined) and although he had a great capacity for formal invention he was never interested in form for its own sake; he wanted to make buildings that were expressive and that told us something about who we are.  END_OF_DOCUMENT_TOKEN_TO_BE_REPLACED