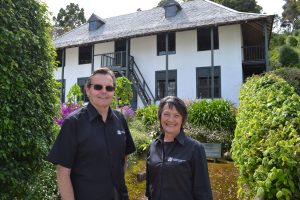 Restoration work on Pompallier Mission’s timber and plaster has been given the green light following a hugely successful donations campaign.

“Thanks to the hundreds of people who have sent in donations, I can now book in the contractors and get the work scheduled,” says Property Manager Scott Elliffe.

“This is a great outcome for heritage, culture and tourism in the Bay of Islands and especially for Pompallier Mission. This work will ensure it continues to be an attraction for locals and visitors, making their experiences here that much better while giving the local economy a boost.

“As comments on Trip Advisor and the general feedback we get from visitors show, we offer one of the best heritage tours in the country.”

The appeal for the Heritage New Zealand cared for property has raised over $60,000 to date, with restoration work expected to start following the busy summer period next year.

“There is even some surplus from the campaign that will cover any additional costs or help with ongoing operations here,” says Scott. 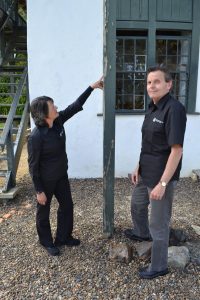 “These notes show the affection people have with Pompallier Mission. It’s not just a building to them. It has a direct connection – a happy memory that they want others to have a similar opportunity to experience by visiting. And these messages are not just local; they are from all around the country.”

Built in 1842, Pompallier Mission is a Category 1 historic place established by French Catholic missionaries as a tannery and printery, translating church texts from Latin to te reo Maori.

“I think the connection our visitor host, Airini Kingi, has with Pompallier also struck a chord with donors during the campaign,” says Brendon.

“It was Airini’s father who, in the late 1980s, uncovered the tannery pits at Pompallier during an archaeological dig that helped us understand the significance and history of the place that much more. So many people have a story or connection to Pompallier Mission.”