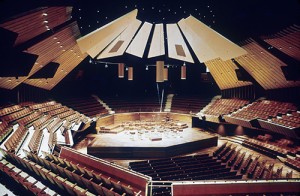 "Christchurch City Council has unanimously agreed the Town Hall should be fully restored, with construction expected to begin in 2014."

Christchurch City Council has unanimously agreed the Town Hall should be fully restored, with construction expected to begin in 2014.

The Council today also confirmed the Council-led Performing Arts Precinct will include the fully restored Town Hall, a new Court Theatre and homes for the Music Centre of Christchurch and the Christchurch Symphony Orchestra (CSO).

The Council will now engage with Town Hall users to gain greater understanding of their requirements for each of the performance spaces and begin detailed design work. The tender for the construction work is expected to go out early next year.

Consultation with the Music Centre, CSO and the Court Theatre and other community groups to understand their needs for the Performing Arts Precinct will also continue.

Mayor Bob Parker applauded councillors for making the right decision for the city.

“This is an historic day for our city – the day we decided this icon should be saved, restored, improved and rise again to be enjoyed by many generations to come.

“The Town Hall will be a jewel in the crown of a vibrant Performing Arts Precinct and we look forward to working with the arts community, and other users, to look at how its performance spaces can best meet their needs.

“We have been working closely with key users about their requirements for the Performing Arts Precinct for some time and it’s wonderful that this can now continue in earnest.”

Councillors were presented with four options to fully or partially retain the Town Hall and approved the first option. Councillors today agreed to retain the auditorium, entrance foyer, James Hay Theatre and the Limes Room. The Boaters and the Cambridge Room will be rebuilt. New lighting, audio-visual and sound systems will be installed, the size of the entrance foyer increased, and the acoustics upgraded in the James Hay Theatre. The outside of the building will remain largely unchanged, apart from some angle bracing, which will be installed around Boaters Restaurant.

In November 2012 the Council voted unanimously to repair the existing facility to 100 per cent of New Building Standard (NBS).
As part of the cost-sharing agreement with the Crown, it was agreed the Council would oversee the development of a new performing arts precinct, including the Town Hall, adjacent to the Theatre Royal. The Council committed to considering several options for the Precinct, including the Town Hall, by 31 August this year.

For more information, including links to engineering reports for the Town Hall, visit http://www.ccc.govt.nz/townhallperformingarts