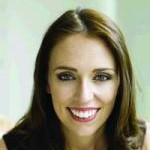 "... even when we don’t physically own a space, they become an intrinsic part of who we are. They shape the places in which we live, and give us and our visitors and tourists (the economic side of heritage) a sense of our past and where we’ve come from. They leave us feeling robbed when they disappear from the landscape. ..."

Jacinda Ardern list M.P. (Labour) has generously made available the text of a commentary published in the Ponsonby News.

It’s about OUR heritage

When I was a kid, I thought the oldest building I would ever see was the house my grandparents lived in. It sat on the border of the Domain in Te Aroha, and seemed to be the oldest villa in town. It was virtually untouched. It had wallpaper with scrim backing that would breath with the house, an old coal range to heat the water, and a copper in one of three out-houses. I was old enough to remember when my Nana finally had a toilet installed inside, as well as an electric oven, which she never liked using.

That villa has become one of my last memories of my grandparents. When my Grandfather passed away I remember feeling a slight panic. What would happen to the house? Because after all that time it wasn’t just a house, it was the centre of all my memories.

If the campaign we see bubbling around heritage in central Auckland seems sometimes heated, I would hazard a guess that this is why - even when we don’t physically own a space, they become an intrinsic part of who we are. They shape the places in which we live, and give us and our visitors and tourists (the economic side of heritage) a sense of our past and where we’ve come from. They leave us feeling robbed when they disappear from the landscape.

I have always been a deep believer in the importance of preserving our heritage buildings, and that’s why it’s time for a national conversation about how we will collectively bear the burden that this belief brings.

Be it the campaign to save the St James Theatre or in Ponsonby where the case of St Stephen's Church reminds us that with a beautiful structures such as these, there comes a cost. Earthquake proofing has many heritage owners facing significant bills that are forcing them to reconsider whether they can continue to hold onto some of our collective treasures. And that’s before you look at rising insurance costs. One owner I spoke to has had their insurance bill almost double in recent years.

This isn’t just an issue in our city either. The burden for heritage owners in small provincial towns where the returns on leasing buildings is being outstripped by rising costs could lead to not only empty uncared for spaces, but that dreaded phrase - demolition by neglect. All of this is even before we get into the issue of heritage protections generally.

I don’t have all the answers, but I know we need to talk, and that’s what I intend to do this year.

If you have thoughts on the heritage debate, please do contact me jacinda@jacinda.co.nz  In the meantime, I will be meeting with groups who all share a passion for heritage, and even those who perhaps don’t but need to be part of the solution.

Collectively, we need to act if we are to preserve some of those precious memory centres, while we all develop a few new ones too.

"Heritage In Parliament – The Minister and the Party Spokespersons [Updated]"