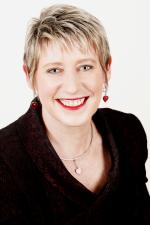 Introduction
The purpose of the deputation was to indicate labour’s strong interest in Christchurch’s built heritage.

The urgency we described to you derives from the fact that we are almost two years from the anniversary of the February 22 earthquake and there is no Heritage Recovery Plan in place. And we have lost so much already as evidenced by the Heritage Roll of Honour prepared by the local heritage advocates.

The Ministry of Culture & Heritage has been leading a process that is designed to develop a Heritage Recovery Programme.

Our concern is that this is a non-statutory document that does not have the status that a Recovery Plan approved under the Canterbury Earthquake Recovery Act 2011 would have.

The evidence shows that this approach offers insufficient protection to our heritage buildings. This is not just in terms of what has been lost here in Christchurch, but also in terms of the precedent it sets for other cities that may potentially face such a disaster.

The CCDU Blueprint impacted on heritage buildings without any opportunity for public input. As a Recovery Plan, it has been given a status over the City Plan, even though there have been no submissions on it and no opportunity to influence it other than by way of individual negotiations with the buildings’ owners. This is not a fair and reasonable process, nor was it envisaged by the legislation, which did not foresee a wholesale revision of the Council’s draft Central City Recovery Plan by the government. A Heritage Recovery Plan would have had to have been incorporated into that process had it existed. It still has the potential to play an important role in ensuring that what remains is identified and that all steps are taken to preserve what we can.

The draft Transport Recovery Plan also creates potential impacts on heritage buildings with road-widening proposals and alternative uses without identifying the specific impact on heritage buildings. This makes it hard for heritage advocates to identify what is happening to these buildings and submissions have had to be based on guesswork and assumptions that may or may not be borne out.

However without a Heritage Recovery Plan the final Transport Recovery Plan could result in decisions being made without those concerns being taken into account.

The MCH scoping paper from June last year said that 2012 would see completed a range of work, including:

It is vital that this work occurs and that the process is totally transparent. The reality is that we may look back one day in the future and wonder how we lost so much.

Nobody is understating the enormity of the earthquake, nor expecting that every building could be saved. But our built heritage is part of our identity as a city and we want to indicate our willingness to work in collaboration with the Council to ensure that we can preserve as much as we can.

Recommendations
Having reviewed the options, we now recommend that the Council takes ownership of this process on behalf of the citizens of Christchurch.

It will be important to ensure consistency with the Canterbury Earthquake Recovery Strategy. We are confident that an approach to MCH would provide access to the work that has already been done by them, which would enable relevant aspects of that work to be incorporated into the Recovery Plan. This would avoid any duplicated effort as well.

It will be vital to obtain and publish a status report on all of Christchurch’s Heritage Buildings and identify those that may be affected by other Recovery Plans.

And it will be vital to establish a collaborative relationship with the local heritage groups to develop the draft plan that you will need to consult on. By doing this you will have engaged the community in the planning process itself, which will speed up the consultation phase

We strongly support the development of such a plan, and will advocate this approach to the Minister should you adopt it.

The  Deputation concentrated on Heritage (emphasis on retaining what we have left...)  and related issues...
Lianne Dalziel in the Deputation argued that Heritage advocacy groups should be involved in the preparation of Heritage Plans.
The Press Online has coverage-  'Make more noise' for city heritage

The Chair- Councillor Yani Johnson made the request that a memo of the MPs Deputation  be sent  to the Councillors. We will be asking for a copy to post online.