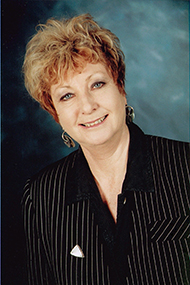 Monday 19th March 2011:
100 plus people turned up to the Cashmere Presbyterian Church (Christchurch) , standing room only, to hear the Save Our Heritage Panel discussion. National Radio was there and it was featured on Morning Report!!!

Anna Crighton, the Historic Places Aotearoa President, was on the panel. The following is  a copy of the speech she gave…

What is unique about this fund is its Government endorsement. The fund was formed in partnership between the Ministry of Culture and Heritage, Christchurch, Selwyn and Waimakariri Councils and the Historic Places Trust with grants from each of those organisations contributing to the goal.

It currently has a finite time period of 5 years starting from the first earthquake of 4 September 2010.

The purpose of the Fund is to provide assistance to owners of qualifying heritage and character buildings for repairs to damage caused by earthquakes.  However, buildings in public ownership – government and council owned buildings are not eligible to apply.

The NZ Government pledged to match gifts dollar-for-dollar up to $10million. Income to date for the Trust has come from the three councils, the NZHPT and many donors – large and small.  The largest amount received was $5m from a US donor who requested his donation be allocated to the Christchurch Arts Centre restoration.  This was agreed to and thus $5m of the subsidy was also taken for that one project alone.

By prioritising places of greatest heritage significance, the Fund aims to ensure that key features of Canterbury’s heritage landscape are retained for the benefit of our communities and for future generations.  The Trust has been as successful as its funds have allowed.

But it has been difficult, too, to persuade some owners that the heritage they own is vital for the city’s rebuild.  Many owners have been reluctant to retain their buildings and after investigation find the easy option is to demolish.  It all got too hard for owners of heritage buildings to jump through the many hoops required for retention.  Thus to advocate, encourage and incentivise owners to retain their buildings remains the only path open for future retention and restoration.

The Trust has received in total approx $9M, and removing the $5m for the Arts Centre and the subsidy, it has up until now allocated a total of $3m in grants to assist the following - the Masonic Lodge in Lyttelton, the New City Hotel in Colombo Street, Ironside House, Woods Mill, the Canterbury Club, Fifield House, the Peterborough Centre, Orton Bradley Park Mill House and Wards Brewery.

Other grants have been approved for saving facades of key heritage buildings. Facadism to heritage purists, including myself, was always considered a contaminated word.  However, most heritage advocates involved in the Christchurch rebuild have now moved on from that position realising that keeping a façade (with a new building behind) is probably the only remaining means of retaining some remnant of our built heritage.  By retaining facades we are preserving a tangible memory, a landmark, a point of reference, the anchor of a corner site in some cases and the enhancement of the streetscape.

Fletcher Construction agreed to a $1m donation conditional upon it being used for the retention of a high profile building.  After negotiating with Fletchers and the building’s owner the Trust decided that that $1m should go to the retention and restoration of the façade of the old A.J.Whites building – now McKenzie and Willis on the corner of High and Tuam Streets.  This was a conscious decision of the Trust to give serious consideration to this key heritage site in the High Street precinct, which also provides a focal point to an area that had potential to produce good heritage outcomes.

The old post office (Alice in Videoland) is prominent on the opposite corner to McKenzie and Willis.  Add to this the retention of the Manchester Street façade of the Excelsior Hotel - retained and propped - and the Christchurch Heritage Trust’s plan to reconstruct the front of the building including the wrap around into High Street.  A property developer has purchased the building next to the Excelsior Hotel in Manchester Street, where the Two Fat Indians Restaurant used to be, and will recreate the original two level façade from photographs.

Add these building to the following facades in the area whose owners have received grants from the Trust and it is looking encouraging - the art nouveau Victoria Black building in High Street is one of those retained, as is also the Billens building next to McKenzie & Willis. Hopefully the Duncan buildings will survive CERA’s red pen.  There are certainly passionate owners of many of those buildings. A commitment from them will present intact an historical streetscape unlike any other that has survived in the city.

So the Canterbury Earthquake Heritage Buildings Fund has gone some way to incentivise building owners to retain and restore their earthquake damaged properties.

But having said that – taking in the big picture – these represent only remnants of our built heritage.  But these remnants, believe me, have been well worth the hard fought for good outcome.

It is a pitiful indictment of the skewed process under which the city is operating - and heritage, always underestimated, always put to the bottom of the heap for informed decision making - has suffered accordingly.

So there are some heritage winners but there are even more heritage losses and the imbalance for the sake of our city’s history has to be urgently addressed and fought for.