"On Sunday we had a marvellous afternoon around some of the most interesting areas in Mid Canterbury (on the Historic Places Mi- Canterbury ramble)."  Juliet and Ossie Hooper, Letter to the Ashburton Guardian

While the sun shone on, it was more about sharing in our past and rekindling old memories and hearing stories that warmed the hearts of those who came along.  Juliet and Ossie Hooper were some of the first supporters to become financial members of HP Mid Canterbury.  They shared their thoughts on the ‘ramble with a letter published in the Herald as below.

On Sunday we had a marvellous afternoon around some of the most interesting areas in Mid Canterbury (on the Historic Places Mi- Canterbury ramble).

First, we visited the old mud and brick cottage on Longbeach Road, then down to Waterton to the old township of many years ago.

The Windermere church was our next very interesting stop and then on to Ealing Hall for a marvellous get-together and a wonderful time of old memories to be shared among us all.

Many thanks to Julie and the committee for such a great time. 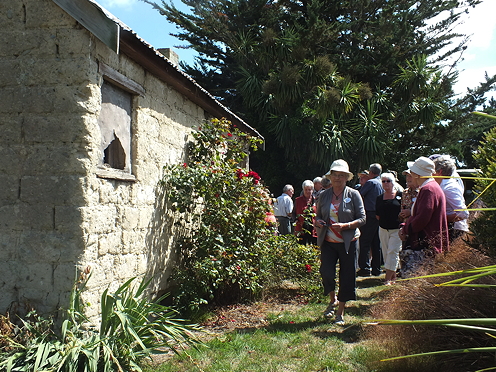 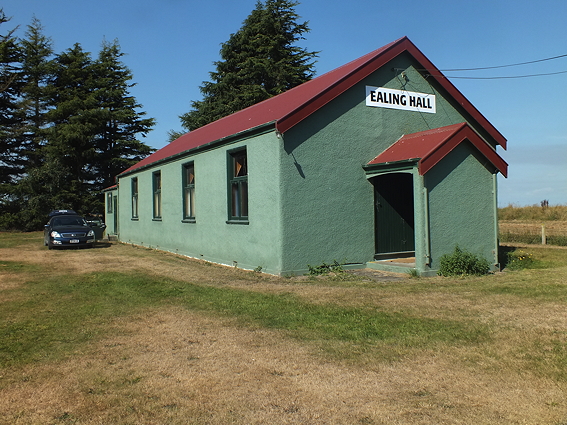 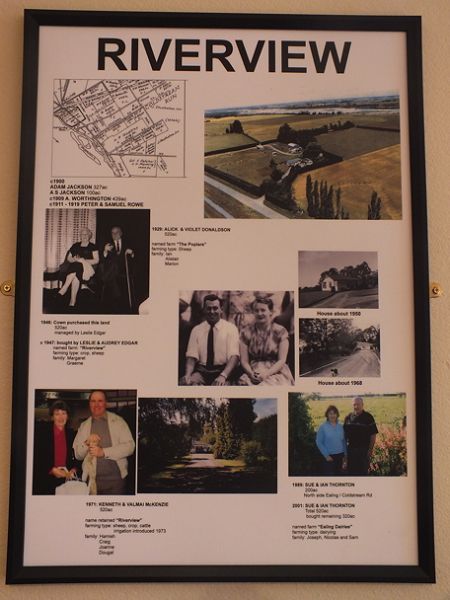 The Ealing Hall is home to a number history boards made up by the pioneers families of the district.  The hall is a great place to display these, being host to many community events.  Other districts around New Zealand may like to consider this project for their area.

Enjoy an interesting afternoon out visiting one of Mid Canterbury’s early cottages.
Then onto what once was the town of Waterton to hear about the great plans that were made and see what  remains today.
Next stop is Windermere Church opened in 1878.
We conclude at Ealing Hall for afternoon tea  and to view the history boards erected by descendants of the districts pioneer families. 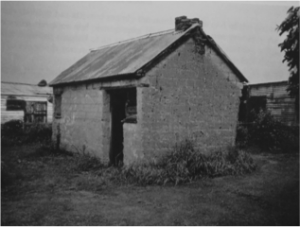 This is a chance to visit a rare, very early, mud brick cottage. This two room dwelling is thought to have been constructed to accommodate a boundary rider/shepherd in what was once a remote location.  The date is was built has not been established but it is believed to be from the 1860s when the land on which it stands was part of Lagmhor, Run 38.  Before the estate was fully fenced, boundary riders were located on the outskirts to keep the stock from wandering.

NZ HPT have described this cottage as the best example of earth building in our district and it is also unique in Canterbury. Nothing like it has been identified in the South Island.

There may be few remains of the Waterton Township today, but once this hive of industry included a Hotel, Flour Mill, Public Library and Hall, Methodist Church, Blacksmith shop and a number of houses. 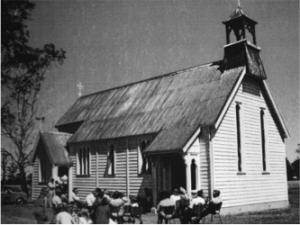 The Windermere Church of St John was officially opened in 1878.  An article written at the time described it as a Gothic design, the main material used in its construction being chiefly wood.  Externally it is a pretty edifice, while within the walls the appearance is decidedly pleasing, it said.

The land for the church was granted by Mr E G Wright.  He came to Canterbury in 1862 as a private engineer and contractor and his first large contract was the construction of a portion of the West Coast road, including that over the Otira Gorge. He then built the Huranui Bridge then took a contract for a portion of the Main South railway, including the bridges over the Ashburton and Rangitata rivers in 1875.  From the money he received for these contracts he was able to purchase Windermere and Surrey Hills in 1876.

Today Windermere is owned by the Lowe family.

Descendants of pioneer families of Ealing have recorded their family history and have recently located this in the Ealing Hall. The family names include; Withell/Watson, Forsyth, Jones, Reith, Giddings, Good/Gunn/Tarbotton, Edgar/McKenzie.  Also recorded is the school, church and hall history.

While we take a look at these and learn of the district, refreshments and nibbles will be available for you.  This is also a chance to catch up with other like-minded folks.

You may also like to visit the historic Road Block on the rest area at Ealing.  This road block placement and interpretation panel was a NZ Historic Places Trust Mid Canterbury project.

As this will be a fairly busy afternoon we will meet at 12.30pm.  We may be able to car pool, so if you would like to share transportation please enquire when you register.  Details will be given out at a later stage.