It is with great sadness that I report the passing of John Daniels. 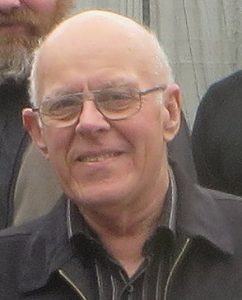 John Daniels, was the first Chairman of Historic Places Wellington when it was launched in 2012, and stepped down from the committee earlier this year.

John joined the Wellington Branch Committee of Historic Places Trust in 2011 in order to assist with the challenging task of changing that committee to a fully independent nongovernmental organisation as was required by the Government legislation which was subsequently passed as Heritage New Zealand Pouhere Taonga Act 2014. Over these difficult few years John had primary responsibility for shaping the role HPW would take and its relationship with the national body of Historic Places Aotearoa, as well as engaging with the Government on the heritage legislation. John stepped down from the chairmanship after passage of the legislation but took over the job of Treasurer for the next two years.

John was subsequently appointed to the Executive of Historic Places Aotearoa where he was a wealth of knowledge and wisdom.  He has assisted with the preparation of a number of HPA policies and documents during his time on the Executive and we missed him when he resigned at the 2017 AGM, although he continued to assist when called upon.

As many will know, John’s career in heritage work has been a long and distinguished one.  His early civil service career was mainly in the Department of Internal Affairs, where he served inter alia as Senior Research Officer.  Alongside his work, he was active in archaeology, joining the Wellington Archaeological Society and being the Site Recording Scheme central file keeper for some 14 years. He was also a Council Member of the NZ Archaeological Association and a member of the Onslow Historic Society. In 1971 he was appointed Chief Executive Officer of the Historic Places Trust (now Heritage New Zealand) and served in that capacity for 17 years, retiring in 1988.  In retirement he did some contract work on heritage issues as well as voluntary work as a committee member and also chairman of the Friends of the Bolton Street Cemetery. John’s wealth of experience in heritage work has been a huge asset for Historic Places Wellington and he will be greatly missed.

John will be sadly missed by the heritage fraternity and we all have some rather large boots to fill.

Our thoughts go out to John's  family.