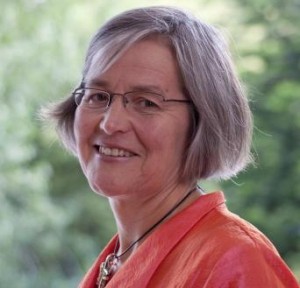 "Our concern is that this may lead to Heritage New Zealand equivocating and not using its powers as a heritage protection authority under the Resource Management Act, for example, where you have got a conflict between an owner’s desire to modify or harm a heritage building and a need to protect and preserve it"
https://www.greens.org.nz/speeches/eugenie-sage-speaks-second-reading-heritage-new-zealand-pouhere-taonga-bill (The site has a link to a YouTube posting of the speech.)

The text of the speech is as follows:

EUGENIE SAGE (Green): Peace and goodwill must be breaking out in the House, given the number of bills that the Green Party is supporting today. We are very pleased to support the Heritage New Zealand Pouhere Taonga Bill because we certainly agree with the value of modernising our historic places legislation, changing the governance structure of the Historic Places Trust to one that better reflects its Crown entity status, simplifying the archaeological authority consent process, and ensuring that we have an effective system for identifying our historic heritage.

We also welcome the improved planning functions that Heritage New Zealand will be required to undertake. That includes doing things like developing a general policy statement as to how it is going to administer the New Zealand heritage list and the landmark list. The Local Government and Environment Committee made quite a few improvements to the bill, and I certainly acknowledge and thank the many submitters who raised issues that led to these changes, and the work and advice of officials.

Some of those notable changes were to remove the arbitrary limit of 50 on the number of places that could be on the National Historic Landmarks List. Other countries such as Australia and the United Kingdom that have such lists do not have a numeric limit. Just to get on the list a place needs to have outstanding national heritage value, and it needs to be subject to appropriate legal protections. So that is already quite a high threshold.

Our concern is that this may lead to Heritage New Zealand equivocating and not using its powers as a heritage protection authority under the Resource Management Act, for example, where you have got a conflict between an owner’s desire to modify or harm a heritage building and a need to protect and preserve it

Although the Green Party is supporting the bill, we do have some concerns about it. The first of those is the much greater emphasis on protecting landowner rights as part of what the National Government calls a rebalancing between heritage values and private ownership interests. Seeing this provision here and in other legislation, such as the proposed changes to the Resource Management Act, will give greater weight to landowner interests and less weight to community interests.

Our second concern is around ensuring that the new heritage advocacy committees at the regional level are well supported.

The third is around the emergency provisions for dealing with heritage post-disaster. Looking at each of those concerns, in terms of the rebalancing, clause 11 sets out the functions of Heritage New Zealand Pouhere Taonga. It requires Heritage New Zealand, when it is performing its functions, to "recognise the interests of an owner in a particular historic place, historic area, wāhi tūpuna, wāhi tapu, or wāhi tapu area." This was not in the bill as introduced, and there is no equivalent provision in the functions section of the Historic Places Act 1993, which this bill will replace. The requirement "to recognise the interests of an owner" is a much stronger legal test than "to have regard to" or "to take into account".

Our concern is that this may lead to Heritage New Zealand equivocating and not using its powers as a heritage protection authority under the Resource Management Act, for example, where you have got a conflict between an owner's desire to modify or harm a heritage building and a need to protect and preserve it. Submitters such as Historic Places Canterbury said that, by international standards, New Zealand has got very weak protection for heritage buildings. In this bill, the heritage list, previously the heritage register, does not have any statutory weight unless the buildings and places in it are listed in a city or district plan. Yet there is no provision in the bill to require councils to ensure that those buildings are listed.

We have seen in Christchurch what happens when you have an emphasis on landowner rights at the expense of the community values of heritage. Post-earthquakes we have had more than 220 listed heritage buildings that have been demolished, and 40 percent of those listed buildings are in the central city. The very oppressive Canterbury Earthquake Recovery Authority legislation and its noxious section 38 consent process override the normal Resource Management Act processes for demolition. Where you have had landowner rights and interests wanting to demolish a heritage building and take the insurance payout, rather than repairing and restoring that building when there is engineering advice saying that that can be done, then the buildings end up being demolished, and their value in creating an interesting and character-filled city is not recognised. So we think that the bill gives too much weight to landowner interests.

Our second concern is the transition from the voluntary branch committees and structure of the Historic Places Trust to new organisations, and whether these new organisations are being adequately resourced, because before the Act was reviewed the Trust had 24 functioning branch committees. Submitters told us that the committees received $170,000 annually for their projects and administration. That was about 5 percent of the Trust's annual income from membership subscriptions. These new regional voluntary organisations will take on some of the roles of the former branch committees, but they will not get any ongoing funding from Heritage New Zealand in the way that the branch committees did from the Historic Places Trust.Certainly, the Ministry for Culture and Heritage is providing a one-off allocation, but we would encourage the Minister to be more generous with this establishment funding so that these new regional organisations are well-positioned to do the heritage advocacy work of the former branch committees.

Finally are our concerns about the emergency provisions, which are in clause 58 . There is a fast-track procedure here to get an emergency authority to enable the modification or destruction of an archaeological site, where there is a state of national or local emergency being declared, and for about 12 months after that. So this is about streamlining the process, but this whole streamlined process has been a disaster for heritage buildings in Christchurch. There has been a failure to recognise the need for people with heritage protection expertise to work alongside the emergency services people and the people who are active immediately after the quakes. We had Christchurch heritage expert and architectural historian, Dr Ian Lochhead , talking to a petition to the Finance and Expenditure Committee recently. His concern was that there was no robust and readily accessible data on the status of heritage buildings and heritage sites and the level of seismic code compliance that would be readily available to civil defence in emergency situations. That could help prevent the quite large scale heritage destruction that occurred in Christchurch as a result of ignorant gung-ho actions.

What would also assist is a national register of people with heritage knowledge, who can be called in to work alongside the first response personnel. We had about $30,000 of needless damage done to the Government Buildings in Christchurch, when people just charged through doors, which the building manager had unlocked, and that could be avoided if we had a bit more care around the emergency provisions. The Green Party will be supporting this bill because it does include a lot of useful provisions to actually modernise the way in which our heritage is managed.

This is a "catch up" posting as this speech was posted on the 6th December 2013.